What is this TableTop Networking thing? 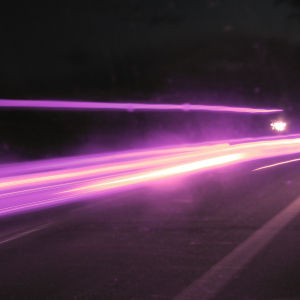 In a nutshell, TableTop Networking is defined as:

TableTop Networking operates as a series of face-to-face meetings, usually at a different host venue as a showcase or open-house for that venue.

We network in a form of condensed speed networking in a series of “rounds”. These rounds are separated by educational sponsor presentations and door-prizes or giveaways.

Each Chapter meets between 8AM and 10AM on their particular day of the month and our goal is to make business networking fun and effective again!

To learn how TableTop Networking came to be, read on…

In the last few months, we have been approached by quite a lot of people asking us: “What is this TableTop Networking thing?”  So we decided that it’s time to put together a post explain what exactly is “TableTop Networking”, but more importantly, how our version of Business Networking is a little ‘different’ from what you may have experienced before if you attended another speed networking type event.

TableTop networking is a slightly different “spin” on business networking. We have researched a few different speed networking formats, but this format is based on an event we attended in another state that was fast paced, fun and easy for just about anyone to participate in.

After experiencing this new (to us at least) form of business networking, we were impressed at the results we obtained. We felt we had to find something similar in our home state of Colorado. Unfortunately, we couldn’t find an active “Speed Networking” group in Northern Colorado. We learned that previous groups had been run a little differently from the format we loved. One previous Speed Networking group had run for quite a lot of years, but it was still ‘different’.  It was basically a form of ‘speed dating’, but with businesses.  Not what we wanted to be honest.

No similar networking groups to be found

Our format is different enough to that previous group (which is no longer running anyway) that we believed it a good time to try tabletop networking in Northern Colorado again. After we had failed to find a similar group to the one we experienced, we decided our best choice was to start this format locally for ourselves.

Business Networking should be fun!

Traditional networking gets old quickly. Typically you’ll find groups of friends who hang out with each other. Breaking the ice and meeting new people can be daunting, and even outgoing people can revert to their close circle of friends.

TableTop networking breaks you out of this cycle of visiting with friends at the good old business after hours. Trust us – you will love speed networking!

TableTop Networking is really fun and allows you to network with a good number of people in a short period of time.

Because this format is different to previous groups, we decided to start a series of posts about Speed Networking, and on how to get the most from your TableTop networking experience.

We loved this type of event and we hope you will too – but we want to make sure that you’re not caught out by the differences between traditional business networking, and this fast paced, but fun style of event.

Speed networking has a number of cool benefits:

So after such a scintillating introduction to TableTop networking, we’re sure you’re ready to sign up …